I’ve loved everything Dr. Joanne has said on the topic of traumatic grief (child loss) since I stumbled upon her foundation’s website over two years ago. It was beyond my means to attend last April, and wasn’t even on my radar this year. That is…until I happened to see that there were two days left to apply for a scholarship. Scholarship, you say?! I whipped out my laptop. In just days I was informed I was a recipient!

The realization that I was ACTUALLY going to meet Dr. Joanne in person, or EXPERIENCE this amazing retreat, or SEE the red rocks of Sedona, didn’t hit me until a day or two before I left. But when it did I was excited!

Of course I won’t be sharing all of the experiences I had at Mago Retreat Center. I want to give you an idea of the surroundings, the exercises, the friends I made, and the tools I learned. But like my relationship with Kade, some things are just between us. Most of it I couldn’t describe if I tried. And some, I’m sure you’d appreciate me not trying.

My Sedona adventure began with a very early flight. Cloudless and stunning. We flew over Colorado’s Great Sand Dunes. I’ve never been, but Kade has! 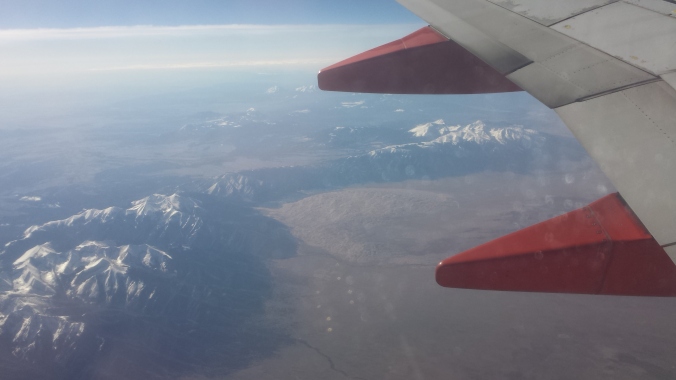 The van from PHX to Cottonwood shuttled four of us. It was nice to get to know some retreat mamas on the way, while admiring the rugged beauty of the desert. Big cacti! 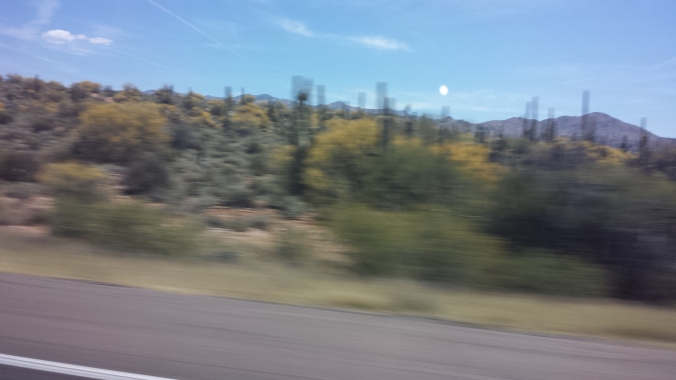 I got to meet up with my cousin from Michigan, Aubrey, en route to Sedona! She lives in Prescott now, and was kind enough to drive 45 minutes to meet me at my shuttle transfer stop. Seeing Aubrey was definitely a highlight of my whole weekend. 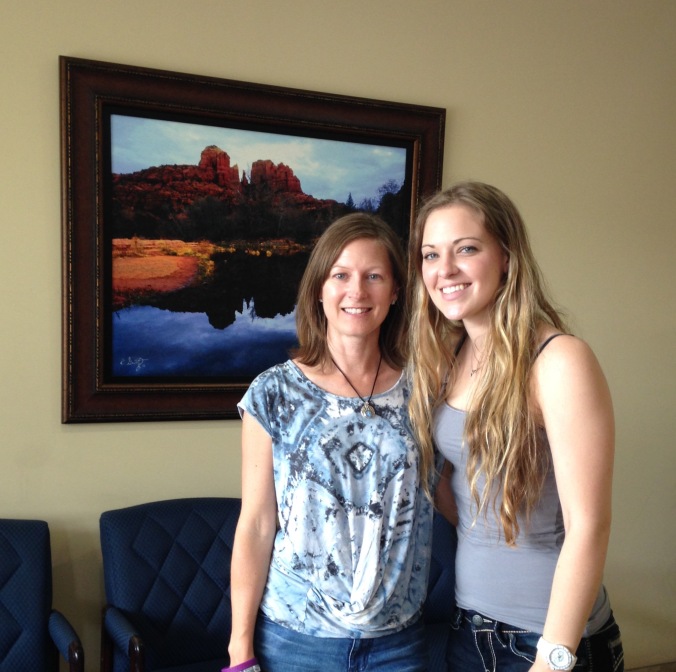 Aubrey’s a sweetheart just months older than Kade. I remember they’re so close in age because of this memory: When I was pregnant with Kade, on a family trip to Lake Michigan, I laid on the beach…and felt him kick for the first time. (Maybe he was saying, Mom, get out of the sun! I’m hot!”) Nearby, in the shade of a tent, lay sleeping blonde baby Aubrey.

We had a fabulous hummus wrap at the local hot yoga studio. Sounds strange, but it came highly recommended. Then we strolled Cottonwood’s Old Town. What was the first item that greeted us inside an antique shop? An old Michigan Bell Retirees directory. We stopped and stared at each other for a second. We have two uncles and a cousin that worked and work for that company. Such a back home coincidence!

I’m glad I had those hours with Aubrey. She’s a kind, intriguing, strong young woman. She’s not afraid to talk about Kade with me. She was courageous enough to ask, “Is it better to bring up Kade, or should I not?” When I told her it’s better for me to talk about him, she recited a funny poem he taught her and the cousins:

One bright day in the middle of the night,
Two dead boys got up to fight.
Back to back they faced each other,
drew their swords and shot each other.
A deaf policeman heard the noise
and ran to save the two dead boys.
And if you don’t believe it’s true,
go ask the blind man, he saw it too.

A little macabre…as was Kade I guess you could say. She said she would teach it to Asher (when he’s older), and more about her relationship with his big brother. I appreciate that so much. And I just appreciate Aubrey.

The 11-mile road leading to Mago Retreat Center was long, slow, and bumpy. Surrounded by nothing but desert I got the feeling of being removed from the world. Which was perfect. 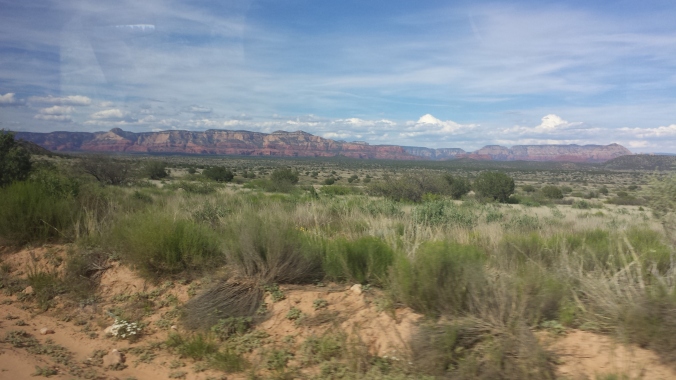 After arriving at the resort I unwound in my room and met my roommie, a nice lady from Pheonix. I made my way to the dining hall where I sat with her and shuttle buddies for dinner.

As we 40 participants and several facilitators gathered to walk to the bonfire that night for the first formal activity, I met HER. Dr. Joanne. She was a petite, approachable, likeable bundle of energy and true compassion. Who could drop precision f-bombs. I didn’t think it was possible to like her more than before but I did.

From what I could tell, over the course of the weekend she remembered EVERYBODY’S name and EVERYBODY’S child. Here’s an example of her personality: After the bonfire where we introduced ourselves, where we were from, and our children, there was a huge heavy bucket of water to douse the fire. I strained my neck, looking for one of the handful of guys in attendance to lift it. She said, “I got it!” and wobbled it to the fire.

It was hard to hear so many sad stories around that fire. It was going to be an intense weekend.

3 thoughts on “selah: a contemplative retreat for traumatic bereavement”